Slocum and the Witch of Westlake 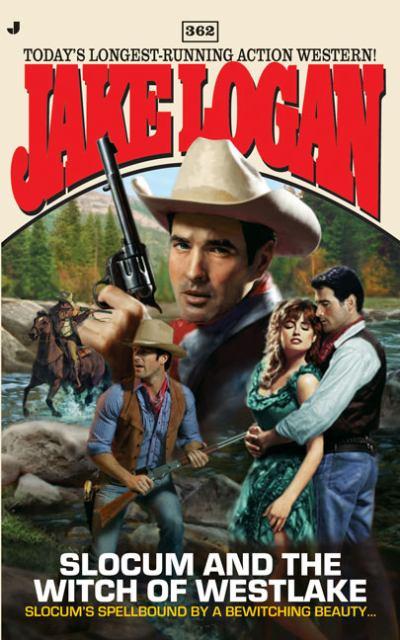 Premise:  John Slocum, an essentially honorable man, but an inveterate wanderer who has an eye for the ladies, lives on the fringes of the law and finds himself caught up in adventures in the old west, usually once or twice a month.

Story:  Slocum, working temporarily for a rancher, in the process of tracking down rustlers who have stolen cattle and horses from his employer, discovers that this incursion is only the latest outgrowth of a lang running feud between his employer and a neighboring rancher.  He subsequently learns that the neighbor has resorted to hiring rustlers as payback for Slocum's employer hiring a local woman, a reputed witch, to curse his ranch.  When Slocum encourages his employer to meet with the neighbor, in the nearby town of Westlake, with the local sheriff acting as mediator, Slocum finds himself thrown into jail.  While there, he encounters Minh, the eponymous "Witch of Westlake".  Subsequently discovering that his employer was complicit in Slocum's imprisonment, and that the local sheriff is clandestinely offering a bounty for someone to kill Minh, Slocum and Minh decide to collaborate to create the appearance of fulfilling the desires of both ranchers, and of the sheriff, in order to raise enough of a stake to move on to another town.

Assessment:  Taken as a whole, this book was a fun read.  The major characters are appealling and its entertaining to see how they address their problems and work out solutions, both individually, and together.